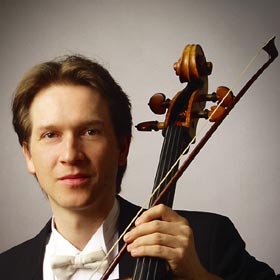 In 1997 and 1998 he received scholarships from the “Braunschweig Kammermusikpodium” and from the DAAD (German Academic Exchange Service). In 2000 and 2001 he played in the “Verbier Festival Orchestra” conducted by James Levine, Zubin Mehta, Wolfgang Sawallisch, Kent Nagano, Paavo Järvi and Yuri Temirkanov. Reinhard Armleder performs as a soloist and in different chamber music ensembles. He played in several SWR radio recordings and he performed as Nigel Kennedy’s choice chamber music partner on the CD “Kennedy’s Greatest Hits” which was issued in 2002 by EMI classics.

Since 2004, Reinhard Armleder has been teaching a cello class at the Conservatory of Baden in Karlsruhe. He gives regularly master classes for cello and Chamber music in Germany and abroad.